It’s a universal fact that sister’s love to talk.Conversations between sisters usually go far beyond the weather and what’s for dinner. Speaking on behalf of my sister’s and myself, we are known to share all sorts of eventful, sometimes zany, often times dramatic stories. Once in awhile we even are known to swap predictions. 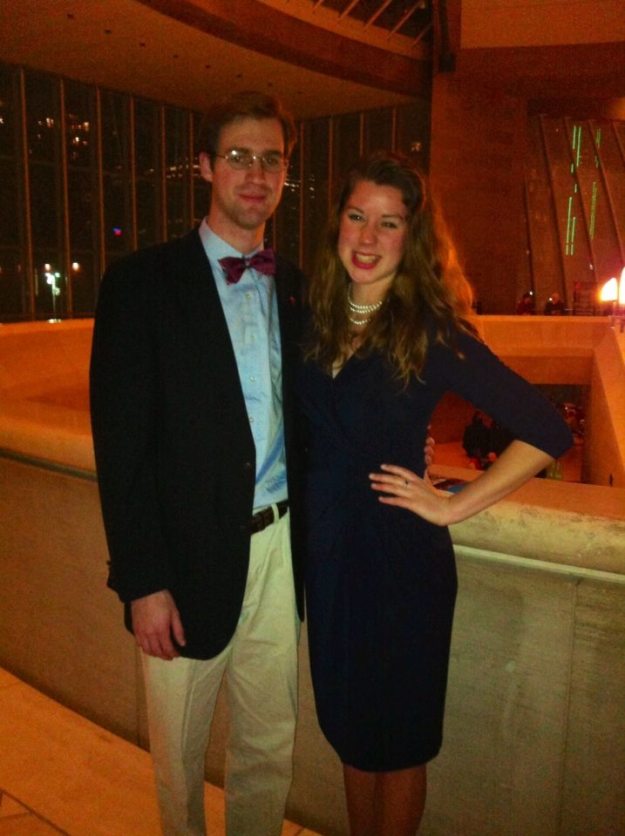 Colleen recently reminded me of a prediction that I made years ago that went something like this:

COLLEEN: “Mary, you are crazy, that is never going to happen. 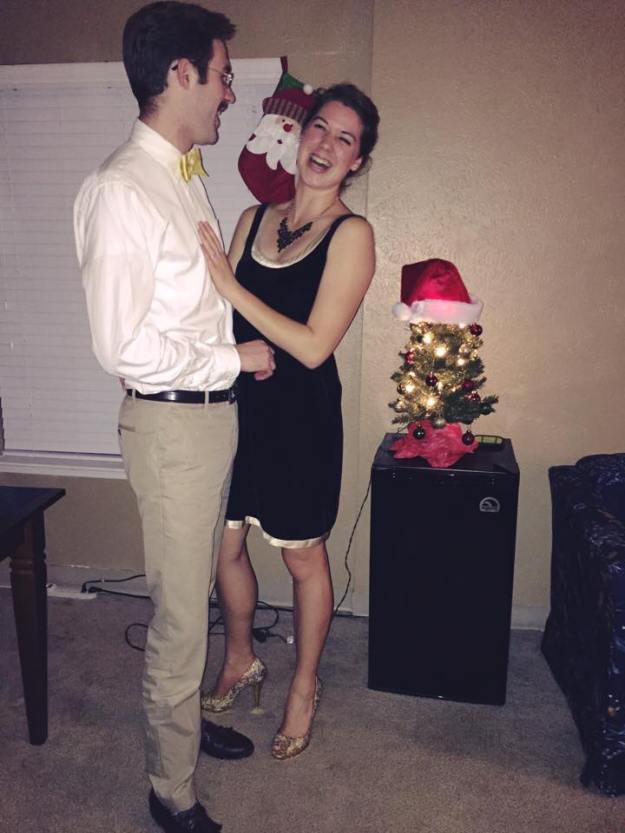 While Colleen may have nixed my thoughts at the time when they were initially mentioned, she is now delighted to marry the love of her life who just so happens to frequently wear sweaters that are topped off with a bow tie which may just have been a preppy trend that he got from being raised on the East Coast where he will continue to live with Colleen.

In less than two weeks, Colleen will become the wife of Joe.

The blog here will follow the wedding work and festivities that will be a joy to celebrate. It is an exciting blessing to welcome Joe into the Slattery family. He is a perfect fit for my sister. So perfect in fact, that Joe has always just seemed to make sense as her mate, even before the two of them met!

My sister Colleen has always been extraordinary.

Colleen is an athlete, an actress, a scholar, and a musician. She excels at everything she does. She is also officially the sweetest of the four Slattery sisters. 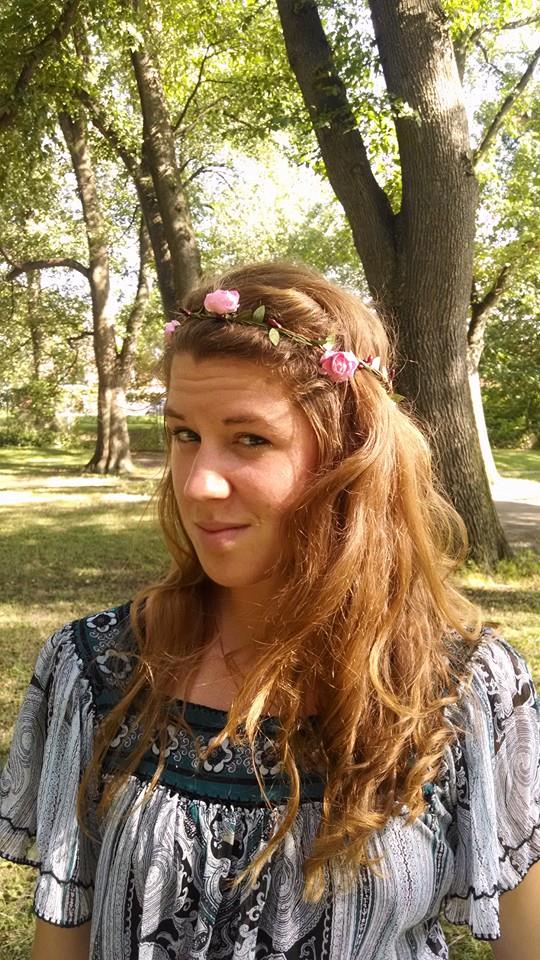 In addition to her sweetness and competence, Colleen has always possessed a certain sophistication. She wears tweed jackets and pearls as though she were born in them.

She was not. Colleen grew up barefoot and dressed in hand me downs, like the rest of the nine kids on our ridge top farm. She was usually smiling, often curled up reading, loved to play music on our hundred year old piano, and directed plays starring the youngest of the Slattery children.

Four years ago, Colleen left the ridge to attend college. She had a plan- she always does. She was going to become a teacher, to continue to excel at running track and cross country. She was also going to find a boy who liked to listen to Carbon Leaf, a slightly obscure band she’d heard about from her big sister. Being a Carbon Leaf fan in Cashton, Wisconsin was a little lonely. Things at the University of Dallas, she thought, would be different.

She was right. In the autumn of her sophomore year, she was asked to attend the Symphony by a tall, handsome young man from a family even larger than her own. A tall, handsome, young man who just happened to be an avid fan not only of the symphony, but of Carbon Leaf.

After the symphony, Colleen sent me this picture, snapped during the first moments of their first date, and from clear across the country in Pittsburgh, Pennsylvania I immediately predicted that they would marry. They looked so unusually well suited for each other. Their dress, their height, their body language, their general mien- there was a harmony about it.

Joe wooed Colleen well, wisely allowing himself to be directed by her in a collegiate theatrical production. He wooed her while wearing a mustache. Ridiculous? Romantic? You be the judge. 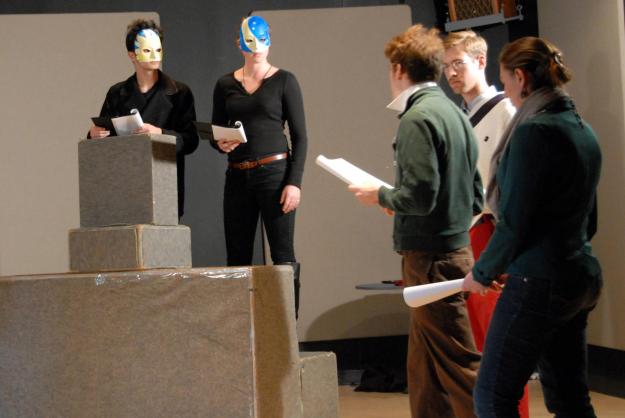 In any case, it worked. Even from afar, it was a delight to watch their relationship deepen, and to witness the unusual level of rapport these two clearly share.

Of course, they attended several live Carbon Leaf concerts along the way. 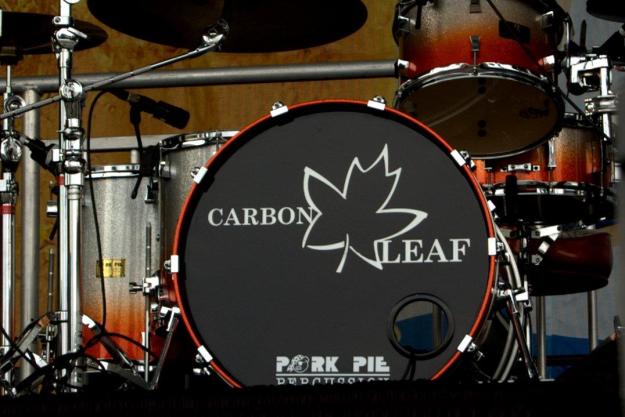 Colleen and Joe are a unique couple, combining an energetic and youthful vivacity with a true enjoyment of the sort of activities more often enjoyed by people of a more advanced age. Strolling hand in hand? Picnicking? Perusing the newspaper? Attending the symphony? These two are all over it.

Eventually, Joe traveled to Wisconsin, braving the fierce heat and crowded farmhouse far from the genteel Washington suburb where he was raised, to meet the Slattery clan. He wore a bow tie, of course.

It is impossible to miss the joy in Colleen’s face when she is with Joe, a joy that has only deepened over the past few years of their relationship, and so it came as no surprise last summer when Joe proposed, and Colleen accepted. 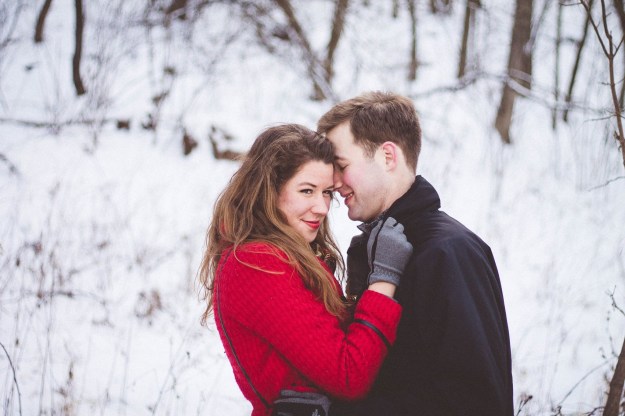 The year of their engagement flew by, and in a few days Joe and Colleen will become man and wife. I am sure that their life will be not only less ordinary, but extraordinary- like my sister, Colleen.

We’ll be posting more of the wedding story as it unfolds. A huge country wedding means lots of pictures and lots of stories. Keep visiting us for details. In the meantime, here are some of our past wedding stories to keep you busy.