It had been a particularly gray and drizzly fall day, and I was in a foul mood. It was my senior year of high school, and the monotony of classes had settled in.  Not even cross country could keep me entirely occupied, and my mind was increasingly far away from Cashton High School.  I’d day-dream in English class about sunny Texas, while the temperatures dropped faster than the sun set each day.

On this particular day I remember looking forward to eating the last of the applesauce that Mary had made.  Mary is  a particularly masterful craftsman applesauce, simmering the a pot of hand-picked apples from our little orchard for hours and then add in just the right amount of cinnamon, sugar, and magic.  I anticipated the crisp sweetness of the late fall apples as I rode home from cross country practice.  Upon arrival, I walked into the kitchen to find that the last mason jar of applesauce was gone!  In a fit of childish rage, I berated my family for “stealing the only food I like!” ,as if it were a personal attack on my happiness.  My mother especially got the brunt of my anger.  I ran upstairs to lament, taking solace in the iron gray skies outside my window and burying my head in a hoodie.

A few minutes later, there was a soft rapping on the door, and my mom entered, bearing the gift of the last few apples of the season from the apple tree in the front yard.  Knobby, twisted, and broken from years of children swinging on it’s branches and Dad’s voracious prunings, this tree had always held a special place in my heart.  In a flash, I imagined the trouble Mom had gone through to procure those little fruits; pulling down the branches and holding on to reeeeeaaacchhh for the last apples at the very top of the tree, gathering them into the skirt of her dress, and carrying them up to the room of her sullen daughter, who just moments ago had been striking out at her in vitriolic words over a mundane matter.  And here she was, holding out to me, not just apples, but unconditional love.  In that moment, I realized what I wanted to be in life: I want to be just like my mom.  I want to have her love and her patience.  I want to have her faith and trust in God.  And most of  all, I want her capacity to give and give of herself, even when it’s hard-especially when it’s hard.

Most people groan when they say they’re becoming just like their mom.  I take it as the highest compliment. 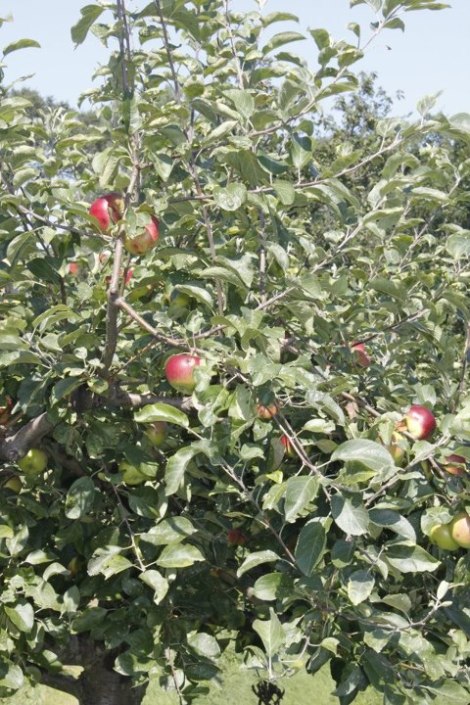