Many years ago I made a special effort to have a fun Halloween. This effort involved driving across the country to Chapel Hill, NC with my older brother Rob and with Cale to go to a street party . From start to finish, this was a very bad plan. I ended up spending the weekend in a fetal position on Kate’s cabin floor vomiting and sobbing while the flu hit down hard.

Skipping ahead to 2011, I put much less effort into making fun happen, and had a super fun day. Cale and I opted to attend a costume party at a family friends house. We were about 15 years younger or older than everyone else (minus Clare who tagged along much to her regret).

It took me about 1o minutes to throw myself together as Bell from Beauty and the Beast. Cale decided to stop at the store on the way to boy a $3 mustache for his costume. When we got to the store, Clare told me that I shouldn’t get out of my car. Well, I may not be like my older sister who traipses about Pittsburgh in a ball gown with the baby in a sling and her harp, but I can handle going into Wal-Mart on a rainy afternoon as Bell in my yellow bridesmaid dress.

Cales humor was infectious. Clare didn’t get infected by it though because she was careful to stray behind us at a distance. I think she just needs to grow up to realize how much fun it is to be a kid. 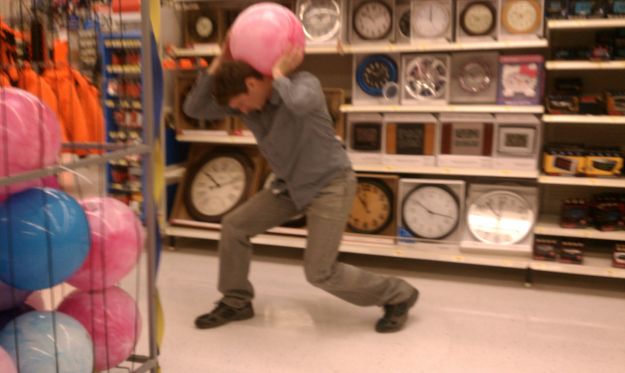 The toy isle hasn’t been such fun to me in years! I almost made the impulse buy of a  tiara, but I stood strong. 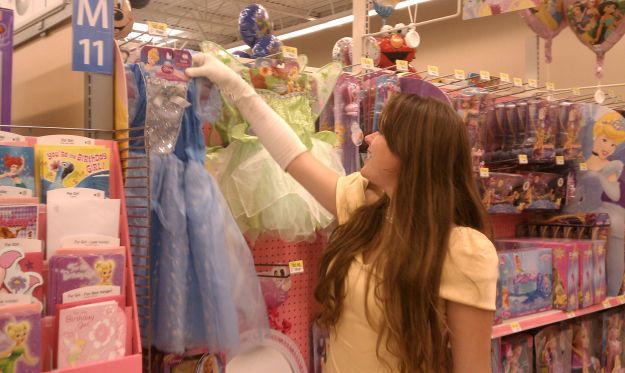 The Halloween isle was equally as tempting to Cale. An Angry Bird thingamabob was beckoning to him. He tried to use his 26 year old logic to prevent him from wasting $21 on it. He walked away, really I promise you!

But the Angry Bird was just too tempting, so back he went to buy it.

I was still laughing when we left the store. Out in the parking lot a little girl said loudly to her mom “look Mama it’s a girl in a beautiful dress!” Clare slyly stuck her tongue out a the preschooler.

When we got to the party Cale became Angry Bird. 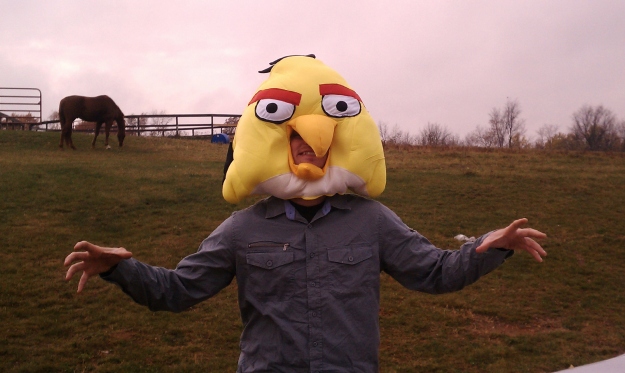 Clare was a girl from the old west in my boots and a costume from Colleen.

Being Bell meant that the little girls at the party wanted to hangout with me. 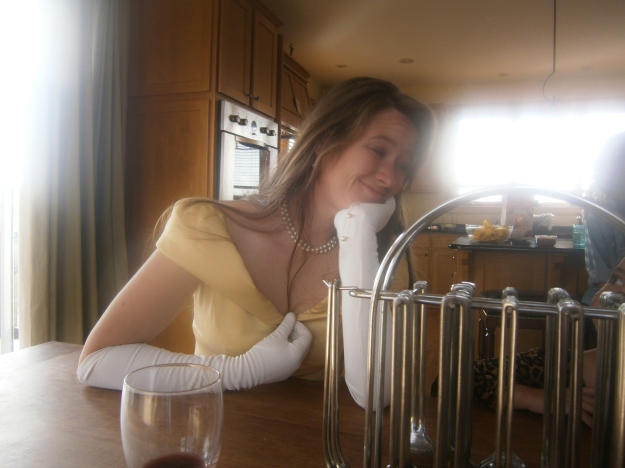 What little girl doesn’t want to tag along with a fake princess? The Angry Bird was a hit with the kids too. He jammed down in the basement on a guitar. Clare liked the resident Saint Bernards.

Celebrating Halloween year was great. I hope you readers all hade a wonderful Halloween too.

5 thoughts on “The Belle of Halloween”